Many of us fell in love with last year’s Local Joe, Sean C. Amore. From his vocal distain of the sport to his unwavering commitment to training, Sean was an exemplary Local Joe.

So, what has he been up to since crossing the finish line last October?

We caught up with him just last week. 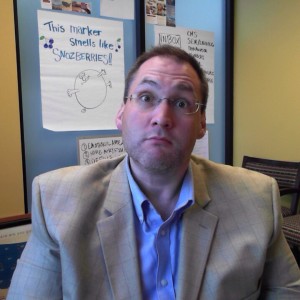 While Sean did find a few things he “sorta liked” about running by the end of his Start2Finish/PFMJoes journey and remained vigilant through early-2014 . . . laziness, cold weather, and Season 2 of House of Cards on Netflix (among other factors) conspired to kill his his running routine. He has since fallen off on frequency, and distance of his runs – similar to how the number of dinosaurs has “fallen off”. While all might seem bleak for our schlubby anti-hero, he informed us that he has “kinda” watched his diet since the fall and DOES continue to make time for the mental calm he found in his Brooks Trance 13s – including walking, running, and yoga. One footnote – Sean recently lost a bet so he WILL run a 5K this summer and he plans to get back to 15 – 20 miles of running per week before the first leaves of autumn flutter down. Sean has vowed, publicly, to run a half marathon again “soon” if only to improve on his October PFM Half finish time. He may be slow – but he’s proud. 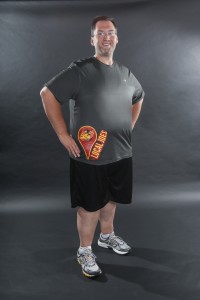