Runners in the Prairie Fire Marathon, as they make their way east on Douglas Avenue, will pass the beautiful Spanish-influenced Mentholatum Building, erected in 1909 and currently occupied by The Spice Merchant. Few probably know that the original home of Mentholatum was catercorner across the street to the southwest at 1213 E. Douglas, in the Yucca Company Building. 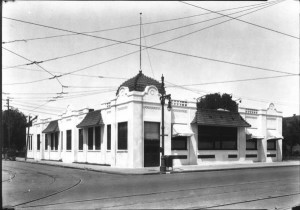 After A.A. Hyde lost the fortune he’d made in Wichita’s legendary real estate bubble in the 1880s, he tried his hand in the lucrative patent medicine game, concocting numerous soaps, salves, and even a cough syrup called Vest Pocket Cough Specific. But his greatest creation would prove to be Mentholatum, a balm made with camphor and menthol, at the time exotic ingredients. 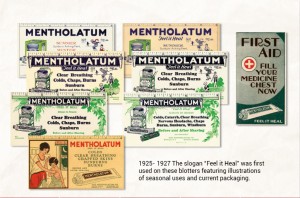 Hyde’s second fortune was vastly greater than his first, but having learned humility in his earlier bust, the man gave away huge portions of everything he made for the rest of his life. He died in 1935, leaving behind a legacy of charity that Wichita enjoys to this day, including Hyde Park, Camp Hyde and major contributions to the YMCA and numerous local church-based relief funds. Today Mentholatum is sold in over 130 countries around the world, and is found in practically every household in Japan and many other parts of Asia. 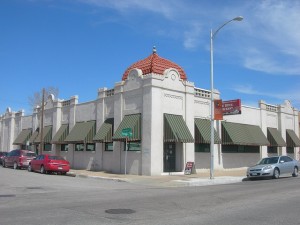 BONUS FACTOIDS: The streets in Hyde Addition were named by A.A. Hyde after family and friends. Ida Street was named for his wife; Laura for his wife’s sister-in-law, Laura Todd of Chicago; Pattie for Ida’s half-sister Pattie Strong of Los Angeles; Lulu for cousin Lulu McCabe; Ellis for Noah Ellis, the farmer from whom Hyde bought the land; and Fannie for family friend Fannie Hathaway of Denver. After Hyde’s death, the name of Fannie Street was changed to Greenwood by city authorities, who found the original name embarrassing. 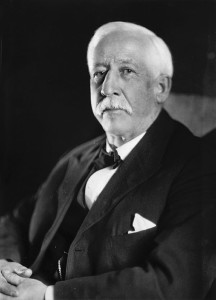 PHOTO: PORTRAIT OF BUSINESSMAN-PHILANTHROPIST: A.A. Hyde made a fortune in real estate, then lost it and started all over as the inventor of Mentholatum. Source: Wichita/Sedgwick County Historical Museum

This moment in Wichita history is brought to you by The Donut Whole, 1720 E. Douglas.