This man deserves the title “Maniac!” Along with making his way to 100 marathons, Ed Loy is also crossing off a marathon in each state. On October 12, at The Prairie Fire Marathon, he’ll complete his 50th state!
Learn more about this 50 Stater and Marathon Maniac who will celebrate a huge victory at our finish line! 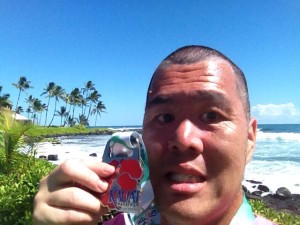 Kansas will be this Maniac’s 50th State

1. Hometown
Honolulu (born and raised)
2. Background on your running career.
I started off at 280 lbs hating life to the point where I didn’t have much direction in my life. I had been obese throughout my childhood, throughout high school and college. After graduation from college, I decided enough was enough – especially when I went to job interviews and they looked me up and down and decidedly said no. I made that life changing decision back in 2004 to lose the weight and get in shape. Lost the initial 25 lbs through those classic Taebo kickboxing dvd’s. I then decided on hitting the gym and started lifting heavy weight. When that didn’t really work, I just started to look to the treadmill to get in the cardio. That got boring real fast, so I went outside and slowly built to a 10K late 2006. The challenge was hard and I had to just work on it every day. I didn’t see myself as a real runner yet. In 2007, I ran my first half marathon and my 1st full marathon 3 months later. I was like, never again, until a year later in 2008, I found a flat marathon to do in Chicago and that changed my perception of marathoning ever since. Plus, I found my love for traveling, so it was a perfect fit for me and made it a lifestyle ever since.
3. First race?
My first race ever (non marathon/half marathon) would be the Great Aloha Run 2007, which was a 8.15 mile race from Aloha Tower to Aloha Stadium in Honolulu, HI. This one typically draws 10,000 runners each year.
4. First Marathon?
Honolulu Marathon 2007
5. Favorite race?
This a tough one. I would say a toss up between Chicago, Walt Disney World, and St. Jude Memphis
6. How did the 50 states challenge start with you?
The 50 states marathon challenge started in 2009, actually. I had ran Chicago in 2008 as a destination race / vacation, but loved it so much, I registered for it again the next year in 2009. As I was researching online, I noticed that the Waddle and Reed Kansas City marathon was a week after – and it was in a different state too. It got me thinking whether or not I have the sheer willpower to do 2 on back to back weekends. Officially for me, the Chicago / Kansas City combo kicked off the 50 states journey for me. I had qualified for the Marathon Maniacs earlier that year (2009), so it was great to be able to network with other like minded individuals. The journey has been definitely a life style and a game changer for me. Looking forward to the travel, although financing them is a different challenge, all together!

7. Are you affiliated with the 50 States Marathon Club? Or any other club?
I am affiliated with the Marathon Maniacs and the 50 States Marathon Club, which is amazing for their inclusive camaraderie and individual friendships I have made throughout this challenge. Nothing short of a godsend to change my life for the better!
8. How long have you been working on your 50 states?
5 years. From October 2009 to October 2014. It’s been amazing!
9. Why was Kansas the last on your list?
Kansas is the last one, because I liken my 50 states marathon journey to that iconic movie “Wizard of Oz”. Where Dorothy and Toto followed the yellow brick road to Oz. That’s like how I feel about my life change: from obesity, to runner, to marathoner, to 50 stater. That path allowed me to find my way to a better life and happiness to coincide with the amazingness of running marathons across the country.
10. How are you feeling about checking off that last box?
As of today, (08/07/2014)  I have 2 states left, along with NY in late September. 2 weeks later at Prairie Fire for #50. I am feeling nervous and anxious, but happy that this journey is finally coming to an end. At the same time, I feel sad that it is coming to an end. Where one door closes, another door opens. New goals to pursue!
11. PR state?
Current PR state: Wisconsin (2013)
My goal is run 100 marathons lifetime. With Prairie Fire being #75, my goal is to get there before age 40, which means I have 5 years or less to do so. I also have tentative plans to run 7 continents (marathons), Canadian provinces, do an eventual 100 miler, and just maybe do a 2nd round 50 states marathons. I would love to strive for sub 4 marathon and maybe BQ, but that would require me to stay home a lot more and train better. Then again, I am a travel bug, so I don’t see myself staying put, when the world is at your finger tips. Sky’s the limit. Just got to be not afraid to try. 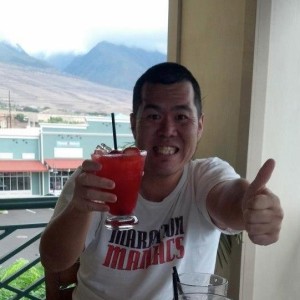