1. My first month as a Local Joe has been a blur. It’s all gone by really fast and I have this suspicion that its not going to slow down until October 13th! 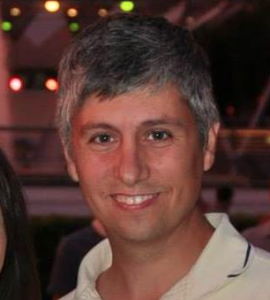 2. What’s been your best experience so far? The other “Joes” and participants in the Start2Finish program. I’m a fairly shy person and feel way out of my element with this whole running “thing,” but everyone has been very nice and made the experience much more comfortable.

3. Worst? Being bitten by one dog before training even began and nearly being attacked by unleashed dogs twice times now while running. Wichitans, seriously, leash ‘em! Oh and the fox I came across wasn’t that much fun either. Apparently, I have pretty bad luck with animals.
4. How are you feeling about July’s training? A little nervous. Not so much because of the distance, but because of the increase in time that running will be taking up as we begin to more frequently run 4 and 5 miles instead of 2 or 3 miles. Since I don’t like running in the evening I’m concerned that I’ll have to get up that much earlier and that training will start burning me out a bit.
5. Funniest Joe moment so far? Technically, I think this was just before official training started, but tripping and falling trying to take a selfie while running probably takes the cake so far. It was my first running injury and I hope my last for a good long time. I can laugh about it now, but it certainly made the run that morning considerably more challenging as my hands and knees were dripping blood for the next several miles. But… I snapped the “pre-tripping” picture just fine and it looked great! Take my advice though… don’t text and run!
Tweet This Post
© 2021 See the Prairie Fire // theme by amplifiii // back up ↑