Take a minute to meet the incredible runners who will be pacing this spring! 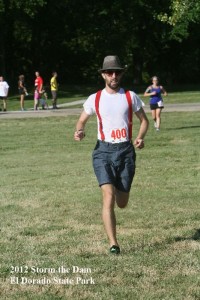 Since racing for the Friends Cross Country team for two years, Zach has run multiple half marathons, marathons, and 50Ks. Zach is excited to be back pacing the half marathon after last October’s Prairie Fire Half where he was the 2:00 pacer. He will continue to use encouragement, jokes, and impersonations this year to keep the runners focused and entertained! Last October, he donned a fedora and a pair of suspenders…what costume choice will Cinco de Mayo bring?! Run with the 1:30 group and find out! 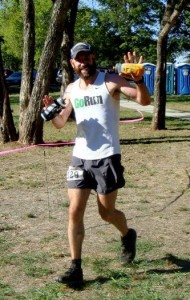 I have been running for about 3 years – 1/2 Marathon PR is 1:20 – I have run every distance from 5K up to 100 miles. I believe that growing a beard is beneficial in storing the energy accumulated while training and releasing it on race day, similar to the theory behind converting potential energy into kinetic energy. My goal for the 1:30 pace group is to beat my pacer teammate Zach by a few seconds, and also to be as entertaining as I can be at a 6:52 pace.

Mike started running three years ago to get healthy and shed some extra pounds. “Those first few weeks were tough but I just stayed focused and soon I noticed I could run a little bit further every week and in about 3 months I ran my first 5K and I was hooked!” This will be Mike’s first time to pace a half but he is really excited since his first half was the inaugural Prairie Fire Marathon/Half Marathon back in oct of 2010. “The Prairie Fire was such a positive experience for me I am looking forward to helping fellow runners achieve their goal of 1:45 and having a blast along the way!” Mike has since run 7 half marathons and 5 marathons and is currently training for the Pikes Peak Ascent in August. 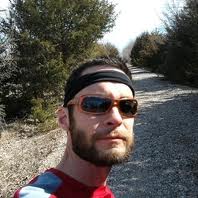 I’ve been running for the past three years and enjoy anything from a 5K to a 50K. I run because I love it and it makes me feel alive.  The human body is meant to be in motion and I’m blessed to be a runner. I’m really looking forward to encouraging others and help them reach their goal at the Prairie Fire Half Marathon. 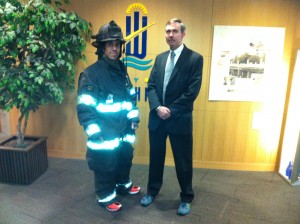 Bob has been running since 1970, meaning that he is real old! He has run a number of marathons and half marathons and is looking forward to pacing the 2:00 hour group. When he is not running Wichita’s streets and trails, he is running the City of Wichita as its City Manager. He promises a fun experience for everyone in the pace group!

Carlos normally can be seen running to fires, but can also been seen running through the beautiful neighborhoods in Wichita. He enjoys running Trail Races, Marathons, and Ultra Marathons for some weird reason. He is assuring that the 2:00 pace group there will be no flash fires along  the journey, only a fun time taking in the city’s historic landscape. Dave has been running long distance races for over 12 years. He has run 20 marathons and over 50 half-marathon distances in training and competition. He has mentored many new runners over the years and enjoys sharing his knowledge. Dave is a software manager for NetApp and is excited to be a pace runner for the Prairie Fire Half-Marathon! 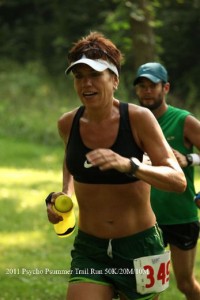 Jennifer has been running for 15 years. Her marathon PR is 3:29:58. The longest race she’s raced is The Heartland 50miler. Jennifer hates 5Ks. Jennifer is an outgoing mother of 4 kids ages 14,13,9 and,6. Jennifer says she like running for the social aspect and anyone who shares miles with her knows that. She can keep a great conversation going no matter the pace or distance. Running lets Jennifer set goals and push herself. 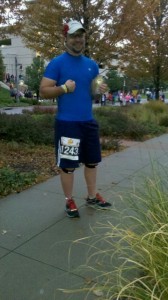 I’ve been a licensed cyclist for the past 8 years and triathlete for 5 years. The Spring Prairie Fire will be my 6th half marathon ever and only my 2nd time pacing. My goal as a pacer is to make sure everyone enjoys the run, and to push everyone to dig deep and finish before their target time. Who’s ready to join the 2:30 group? My 1/2 Marathon PR is 2:12 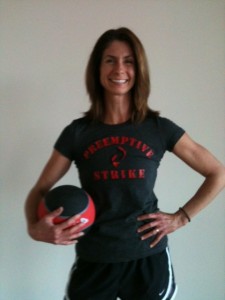 Hanna started running after watching the marathon finishers in the Wichita Marathon 10 years ago – she clapped so hard she had bruised hands. Since then she’s completed Pikes Peak Marathon and the Prairie Fire 1/2 marathon several times. Hanna owns & personal trains at Zeal Fitness a training studio in West Wichita but her background is in group exercise so she will talk your ear off with encouragement throughout the race.  If you lose her during the race just listen, you’ll be able to hear her distinctive laugh and be able to find her within a 1/4 mile radius.